Street Art: Love It or Hate It – BEYOND THE STREETS

Article originally published May, 5 2018 on KCRW

If you saw or heard of graffiti art 50 years ago, it was considered to be a blight of the city streets. But now, decades later, it’s quite a different story. Thanks to such artists as Keith Haring and Jean-Michel Basquiat, street art started to acquire a certain amount of respect. When MoCA Los Angeles opened its groundbreaking exhibition Art in the Streets in 2011, it still felt mildly scandalous. But the exhibition, with its messy, explosive, and joyful energy, was a resounding success with the public. It was what I described then as “art behaving badly!” 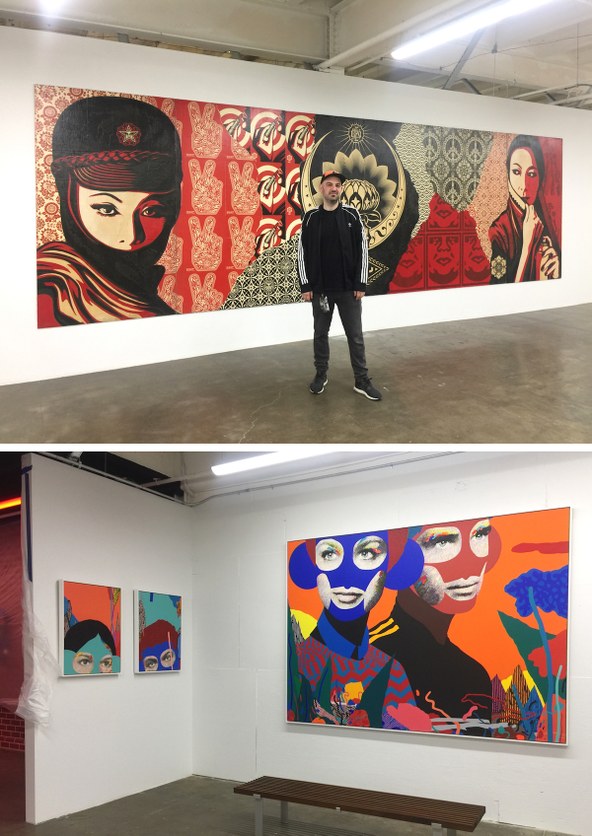 Last weekend, another bigger and even more adventurous street art exhibition, Beyond the Streets, opened in a sprawling industrial space in Downtown Los Angeles, about a half-mile from Union Station. The curator, Roger Gastman, is not only a collector, graffiti historian, and urban anthropologist – he also was co-curator of MoCA’s Art in the Streets 7 years ago. 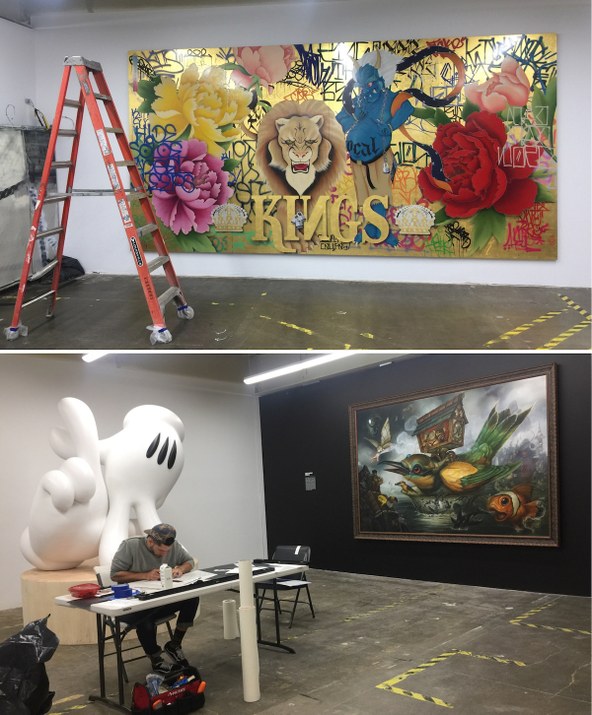 I was invited to have a walk-through with Gastman a day before the official opening. Most of the artworks were already installed – with some artists still adding finishing touches. 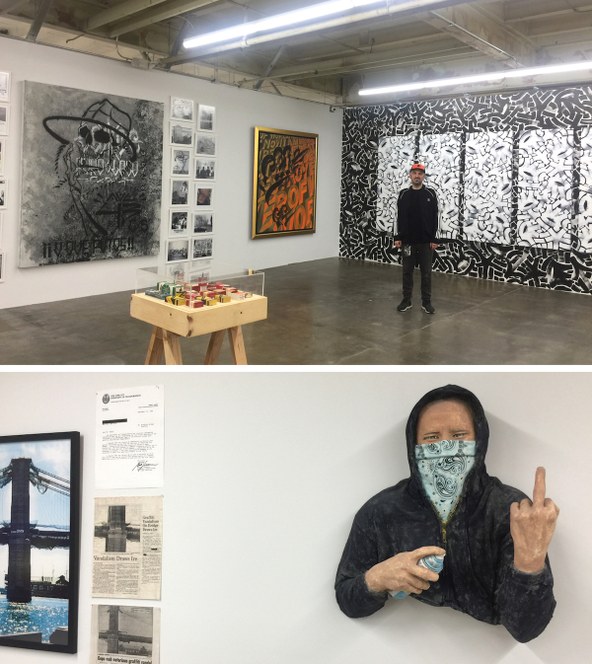 Entering the exhibition’s huge industrial space, I felt high from the get-go. And it was a happy and healthy high, thanks to all the interactive installations, paintings, sculptures, and photography covering 40,000 square feet of indoor and outdoor space.

Just as MoCA’s 2011 exhibition brought street art’s energy into a museum, the Beyond the Streets extravaganza brings museum-quality presentation to street art. It’s an absolute must-see exhibition that runs through July 6.